The Reno-Sparks Indian Colony has asked the federal government to consider all of Thacker Pass a national historic district, potentially slowing the development of a massive lithium mine currently on track in a quiet corner of Nevada.

Opponents of the mine say the Bureau of Land Management (BLM) failed to take into account an 1865 massacre near the planned site for the mine prior to approving the project. Photo by Max Wilbert.

Opponents of the mine say the Bureau of Land Management (BLM) failed to take into account an 1865 massacre near the planned site for the mine prior to approving the project. The BLM contends that the site of the massacre lies on private land beyond the scope of the mining project. According to historical records, on 1865, the First Nevada Cavalry killed dozens of Paiute people who were encamped below Thacker Pass. Some of those who fled the attack could have been killed further from the encampment, where the lithium mine is planned, potentially adding to Thacker Pass’s cultural significance to tribes.

“We’ve demanded that [the government] recognize all of Thacker Pass as what’s called a ‘historic district’ because of the massacre site [and] because of all these cultural resource sites,” says Will Falk, an attorney for the Reno-Sparks Indian Colony and co-founder of Protect Thacker Pass, which opposes the mine. “We have demanded that the BLM suspend any more physical disturbance in Thacker Pass due to these discoveries.”

The Reno-Sparks request represents one of the last options for opponents of the mine, who say it will create major environmental damage to the local ecosystem. Were the federal government to flag Thacker Pass as a potential historic district under the National Historic Preservation Act, it would delay the mine’s construction, slowing the development of a major supply of lithium, an essential component of green-energy batteries. It would require that federal agencies consult with any federal tribe that attaches significance to the area about mitigation efforts. While it will not ultimately prevent the mine from being built, it will likely further slow its construction.

Online
The Rush For White Gold

A proposed lithium mine in Nevada highlights a dilemma facing green tech — it is still reliant on extractive industries. 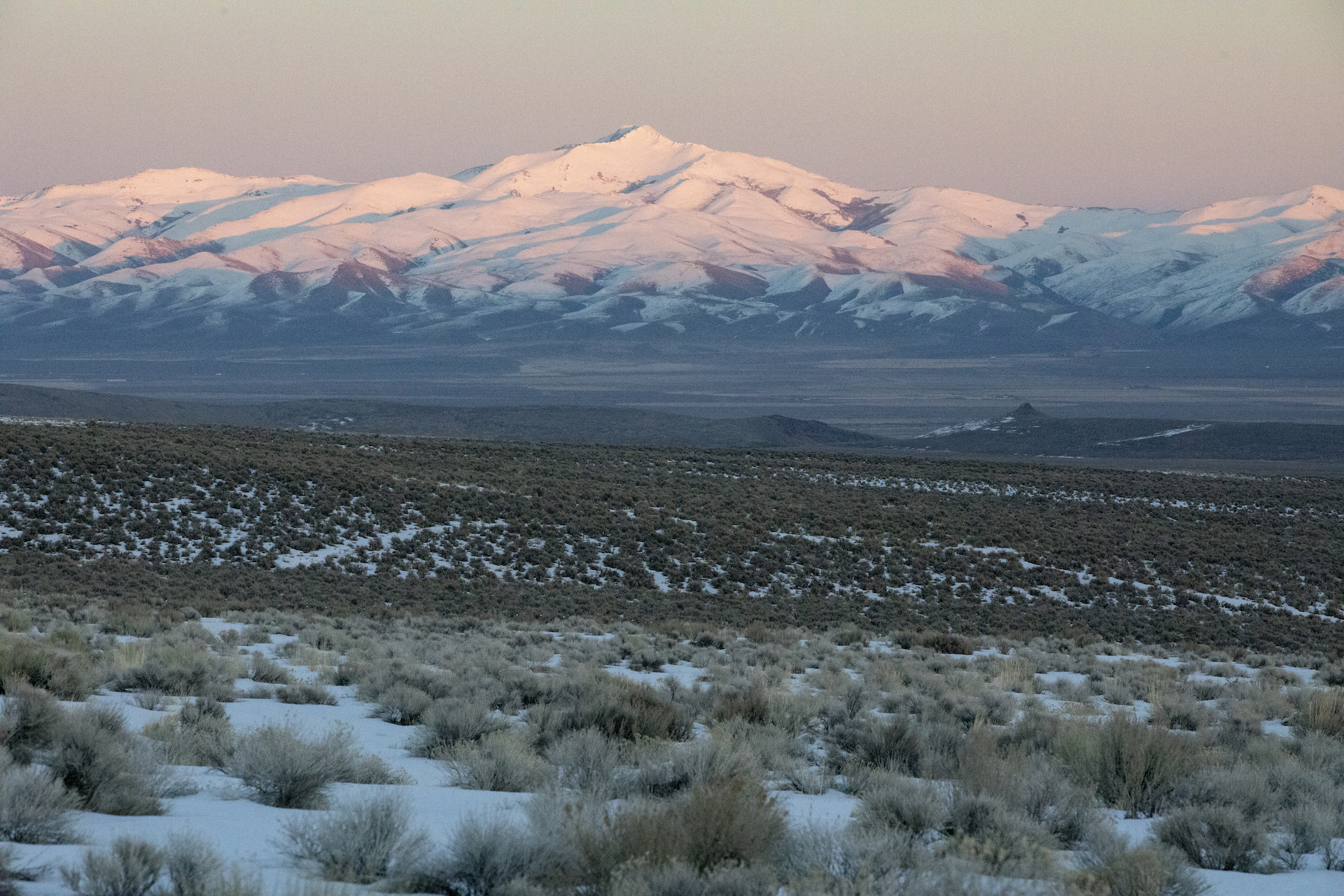 Anti-mine protests and lawsuits pick up the pace at Nevada’s Thacker Pass, the site of the largest known lithium deposit in the United States.

The 1966 NHPA extends federal protections for historic resources of “national significance” and was expanded in 1992 to include sites of “traditional religious and cultural importance” to Native American tribes and Native Hawaiian organizations.

In response to the Reno-Sparks inquiry with the US Advisory Council on Historic Preservation and State Historic Preservation Office, the BLM had 100 more acres surveyed near the planned mine, according to Heather O’Hanlon, a spokesperson for the BLM. The work of a hired archeological firm was completed in July.

To ignore the massacre and continue the mining plan, “that is committing cultural genocide, trying to erase our culture and an important event that happened up there,” Eben says.

Given the new sites and the broader cultural significance of Thacker Pass to multiple tribes in the region, the federal government should review the entire area as a historic district, Falk adds. The BLM should also re-evaluate the planned mining project area and engage with tribes in a more formal consultation.

Meanwhile, opponents of the mine continue to wait. The broader legal case over environmental and tribal concerns is currently awaiting a decision from a US District Court judge. If the judge rules in favor of the mine, and if Thacker Pass is not designated a historic district, construction may soon be underway.

Margo Rosenbaum is a journalist covering the environment, science, and animals.

How the Climate Crisis is Driving Stronger Storms Further Inland

Movement aims to make destruction of ecosystems an international crime against peace.

Protecting ourselves from knowledge of the damage we have caused does not protect either the people or the places that we love.

Brussels summit comes on the back of new revelations about how top fossil fuel companies mislead the public and obstruct climate action.